The Best Places To See The Northern Lights

The Northern Lights, or more formally known as the Aurora Borealis, is on the bucket list of countless travellers.

They are one of nature’s greatest spectacles, lighting up the night sky and giving us a small preview of cosmic forces that we are only just beginning to understand. These beautiful light displays are caused by collisions in the upper atmosphere of cosmic rays, solar wind and something called ‘magnetospheric plasma’. Basically, these fast moving and charged particles are emanating from the sun and interacting with the Earth’s magnetic field.

All the science aside, it all makes for some stunning visuals and breathtaking night skies. However, they are also notoriously elusive and can be hard to predict.

Usually you are most likely to catch this natural event close to the earth’s poles and at particular times of the year. If you are at a higher altitude, your chances of catching the aurora are also greater.

If you are hoping to catch this awesome natural event, there are a number of places that are both accessible and affordable to travellers. There are places in Canada and Alaska that frequently see this light show. But be prepared to go out into the wilder and more remote areas for this.

In Fairbanks in Alaska, winter brings with it a number of displays of the Northern Lights. Make sure to bring some warm gear though, as the bitter cold also comes with the show.

Yukon in Canada has Northern Lights from August till around mid-April.

Sweden, Finland, Iceland and northern Scandinavia are common choices, and the best viewing spots here are not as isolated as other countries. Here you can catch the lights from around late September to late March or early April. For the best chance at seeing them go during October or November, or February to mid March. Be prepared to stay up late to catch them, with prime viewing times going from 9pm till 2am.

Norway is also famous for its great views of the Northern Lights. The best towns in Norway are usually Tromso, Sollia or Svalbard. Again, be prepared to go away from the cities as light pollution can minimise the view. Plus, if you are travelling all this way to see the spectacle, you will want to pair it with stunning natural surroundings.

Don’t feel like going all the way to the Northern Hemisphere? The Southern Hemisphere also has its own light show, aptly titled Aurora Australis. In fact, earlier this year the lights got all the way up to Canberra in New South Wales.

The Southern Lights is much more rare than it’s northern counterpart. Most of the atmospheric activity that causes the lights happens over the large stretch of water past Tasmania and near the Southern Pole.

However, you can still catch the lights in a few spots in Australia, South America and New Zealand.

Stewart Island in New Zealand is located off the southern tip of the country. The Rakiura National Park there is named after the Maori phrase for ‘Glowing Skies’.

A visit to the Falkland Islands is not only a unique holiday but could also offer you a chance to catch the Southern Lights.

It may be a bit of a long journey, but the stunning and awe-inspiring experience of seeing this natural light show is sure to make the trip worthwhile. If you do head off on an epic journey to see this cosmic event, get a great rate for airport parking with us.

Have you seen the Northern or Southern lights? Let us know, tweet at us where and when you saw the lights at @AlphaCarParking. 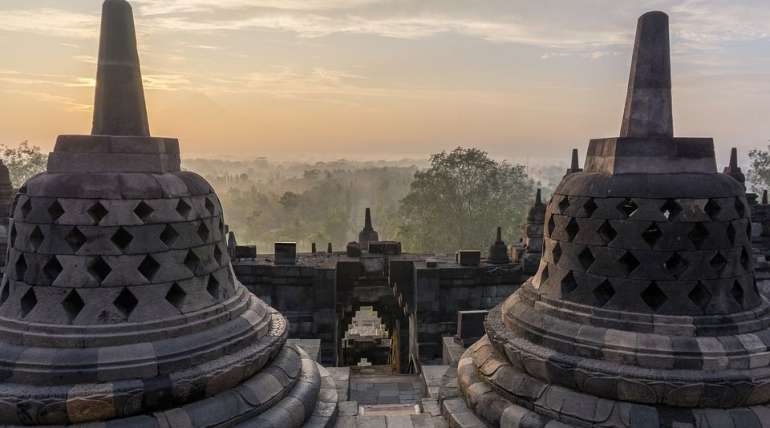 Why a holiday in Bali is always a good idea